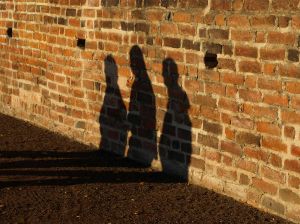 The rigorous practice of phenomenology in North America can be directly traced back to Herbert Spiegelberg, who conducted a series of phenomenological workshops at Washington University in St. Louis between 1965 and 1972; in 1975 he published Doing Phenomenology, the first half of which lays out a comprehensive program for collaborative phenomenology, in an attempt to raise group philosophizing to the dignity of “a method of cooperative research.”

Spiegelberg’s St. Louis meetings inspired “To the Things Themselves,” a small conference centered on generating phenomenological descriptions organized in the mid-1990s by Anthony Steinbock at the University of New Hampshire, which eventually followed Steinbock to Southern Illinois University in Carbondale.

The Carbondale meetings caught the attention of a number of graduate students at Duquesne University. A number of these students attended these meetings, who returned to Pittsburgh to enthusiastically report the novelty of attending to the things themselves. One of these students was Chris Nagel, who went on to co-found the Society for Phenomenology and Media (SPM).

As a consequence of his participation in SPM, one of Nagel’s classmates at Duquesne, D. R. Koukal, started generating and presenting small phenomenological sketches at EPTC and elsewhere. During the society’s 2005 annual meeting at the University of Western Ontario, Koukal met Astrida Neimanis, who had worked with Sam Mallin‘s phenomenological method of body hermeneutics at York University. At that meeting the two began initial discussions on how to create a forum where people could cultivate and experiment with different techniques for doing phenomenology in a rigorous, attentive, sustained, and collaborative way.

As a result of these discussions Neimanis and Koukal founded Back to the Things Themselves! (BTTTT!) in 2007. BTTTT! is currently organized by David Koukal.